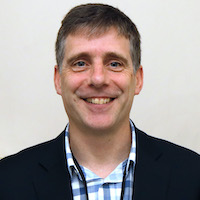 Mr. Murray was born in Dublin and grew up on the Northside of the city. He qualified as a Dentist at Trinity College Dublin in 1989 and following three years in practice returned to complete his medical training. He qualified with an honours degree in surgery and following completion of his basic surgical training he completed a fellowship in oral surgery. He commenced the higher surgical training in plastic surgery in Cork University Hospital 2002. In 2005 Mr. Murray completed his specialist training in Toronto, Canada with fellowships in microsurgery, adult craniofacial surgery and paediatric craniofacial surgery (at the world renowned Hospital for Sick Children). On his return to Ireland he undertook his final fellowship in cosmetic surgery at the McIndoe Centre in East Grinstead. UK.

Mr. Murray was appointed to Temple Street Children’s University Hospital in 2008 where he  joined the National Paediatric Craniofacial Center  as the lead clinician.

His main areas of interest are craniosynostosis and congenital and acquired facial deformity in both children and adults. He has a keen interest in distraction osteogenesis and microsurgery. He believes in a holistic approach to the management of his peadiatric patients from birth to skeletal maturity which is facilitated by his dual qualifications in medicine and dentistry. 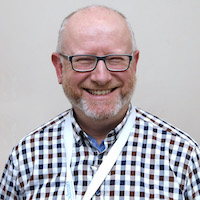 He graduated from Trinity College Dublin in 1993 and completed his core surgical training in Dublin between 1994 and 1998. His general neurosurgical training was in Newcastle (UK), Dublin and Belfast from 1998 to 2007.

He undertook fellowships in paediatric neurosurgery at the Hospital for Sick Children, Toronto in 2007 and the Royal Liverpool Children’s Hospital, Alder Hey in 2008.

His sub-specialist interests in children are tumours of the brain and spinal cord, craniofacial surgery and treatment in children with cerebral palsy.

Mr Caird has a strong track record in education and research. In 2006, he was awarded a postgraduate neuroscience MD in the pathogenesis of intracranial aneurysms and has taught neuro-anatomy at RCSI both as lecturer in 2003 and as Schering Fellow in Neuroscience in 1998. He has published articles on brain tumours in children, head injury and intracranial aneurysm. 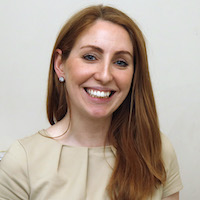 Noelle joined the Craniofacial Team in August 2016. Prior to joining, Noelle held several positions within Temple Street’s Neurosurgical Department, as a CNS (Clinical Nurse Specialist), a Clinical Trial Research Nurse and also a Staff Nurse for six years on St Gabriel’s Ward. Noelle’s role within the Craniofacial Team is to coordinate and manage the team approach to each child’s care. Noelle is the first point of contact for new referrals.

Noelle liases with the Craniofacial Team, multidisciplinary team members and community based services and is available to parents to support them during their child’s care pathway. There are various components to this role which include ensuring timely treatment and care, facilitating clinics and providing team support for on-going audit and research. 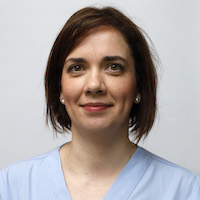 Mary joined the craniofacial team in November 2018. Mary had previously worked in St Gabriel’s ward as   Clinical Education Facilitator and has a background in neonatal intensive care.

Mary’s role within the multidisciplinary craniofacial team is to provide specialist nursing care to both inpatients and outpatients of the service. Mary meets all new children and their families at their first clinic appointment and provides nurse led review at the pre-operative assessment clinic.  Mary provides telephone support for the children and families of the service.

Other activities include referrals to other members of the craniofacial team, support and training of nursing staff and participation in audit and research.

Linda Comey started in Temple Street Hospital in 2000 as part of the Medical Records team, after a year Linda became a ward clerk in the neonatal baby unit.

She then joined the Cleft & Craniofacial department in 2003, at this stage Linda also commenced and achieved a Diploma in Health Care Management.

Along with her role in the Craniofacial department Linda is also the Administrative lead to a team of Medical secretaries within The Plastic Surgery and Cleft Department.

Linda also manages the day to day running of the office of the National Paediatric Craniofacial Centre (NPCC). 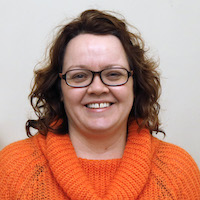 Shirley moved into the role of Craniofacial Research Assistant in November 2018. Before this Shirley was the Craniofacial Nurse Specialist for 7 years. Shirley previously worked in the Paediatric Intensive Care Unit in CHI at Temple Street as a children’s nurse for four years and has a background in adult neuroscience nursing.

Shirley is responsible for facilitating, supporting and coordinating all research projects within the National Paediatric Craniofacial Centre (NPCC). All research carried out within the NPCC is discussed at the monthly Craniofacial Research Group (CRG) meeting.  The CRG consists of the craniofacial team members, trainee doctors & dentists, medical students and other colleagues from both CHI at Temple Street and the team from the Tissue Engineering Research Group (TERG) at the Royal College of Surgeons Ireland (RCSI).

Shirley safeguards patient and families’ information and ensures that all the necessary documentation is completed and sent to the Research Department who approve the craniofacial team to carry out research. Shirley also supports CRG members as they write information leaflets and consent forms for patients and families who agree to become involved in research. You will meet Shirley at the various craniofacial clinics in CHI at Temple Street, St James Hospital and at the Mater Misericordiae University Hospital as she invites patients and families to get involved in research studies. If you are a patient or family member who would like to get involved in research please contact Shirley on research@craniofacial.ie 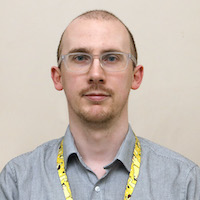 With a background in Photography, Quality Assurance and Archiving and more than a decade spent working with children as a craft and photography tutor, Paul uses his passions and experience to deliver a high quality Clinical Photography service to the Craniofacial Team. Eleanor qualified as a dentist from the University of Sheffield in 1999. Following a time working within hospital dental services, and general dental practice in the UK, Ireland and Australia, she completed a three-year specialist training programme in Paediatric Dentistry at Trinity College Dublin. This was followed by a two-year clinical fellowship at Children’s Health Ireland (CHI) at Crumlin. Eleanor has in the past worked as a locum Consultant in Paediatric Dentistry in CHI at Crumlin, and in The Royal Belfast Children’s Hospital.

Eleanor has worked as a Consultant in Paediatric Dentistry in CHI at Temple Street since 2011. Here she has had the privilege of developing a paediatric dental service for children with complex medical needs.

She has lectured both nationally and internationally, has numerous publications, and was recently appointed as a Clinical Lecturer/Assistant Professor in UCD. She is the currently the Irish Councillor to the European Academy of Paediatric Dentistry.